The American Studies Network (ASN) is a group of European centers involved in American Studies. The idea of a network of centers arose during the European Association for American Studies (EAAS) meeting in London in April, 1990. The ASN was founded in November, 1990 in Berlin at a meeting of interested directors of American Studies centers. The initial group of eight members has expanded to include 17 institutions from all over Europe and is now welcoming associated members from outside of Europe.

All members take an interdisciplinary approach to American Studies; are independent organizations with some of their own sources of funding, not exclusively linked to a university; have some research facilities; and are committed to a role of public service to the community at large. ASN works in close association with the EAAS. Its goals are those of promoting the study of the United States by close cooperation of the different institutions interested in this area of study.The ASN exists to provide mutual support for all the centers involved, help channel the flow of information on resources among the mem bers and the community, establish joint projects that will increase cooperation and productivity and thus integrate the European studies of America. The ASN is willing to act as an advisory group to encourage the development of American Studies.

One of the key activities of the ASN is the networking of resources and information such as the availability of visiting scholars for lecturing at the different institutions. Through different means of communication, the ASN hopes to make available to members the library resources of each center and establish an interlibrary loan. Another goal is that of promoting the exchange of scholars and students of the different centers. One of the specific ASN projects is the establishment of the American Studies Network Book Prize, a prize of €500 for a remarkable book published in English by a European scholar on any aspect of American Studies. The jury for that biennial prize, presented at the EAAS conferences, is comprised of representatives from the EAAS and the ASN. The deadline for submitting books for this prize is announced on the EAAS's website in the year preceding the EAAS conference.

The Directors of the ASN member centers meet every year to discuss the joint projects and accept new members. The presidency of the ASN rotates among the current directors and teaching staff. In order to become a member, an institution should write and apply to the current president. The prospective institution should include a dossier with information on itself. Any institution that wishes to become a member should comply with the following four criteria:

1. Be an independent organization with some kind of external funding, although it may be linked to another institution such as a university or library.
2. Be of an interdisciplinary nature
3. Have research facilities and carry out research
4. Be of public service to the community by, for example, providing a public library or research archive.

The ASN Book Prize 2022 has been awarded to:

ASN: “SNCC’s Stories is an example of an American Studies approach par excellence, looking at intersections of politics and culture through social movements and activism, elucidating the everyday and the literary, the scholarly and the vernacular.  It convinces the reader that this is a neglected aspect of SNCC’s history and one which provides entirely new insiders’ viewpoints to the topic. Not only does it offer a range of neglected writings produced by the movement, it shows that “literary activism” was a consciously designed strategy by SNCC, one which has previously been understudied.  The novelty of the book’s approach is that it does not valorize so-called “objective” historical accounts but sees value in exploring SNCC’s history ‘subjectively in ways they could not be explored in other kinds of writing.’”

The ASN also wishes to recognise with an honourable mention the following book:

Anna Pochmara, The Nadir and the Zenith: Temperance and Excess in the Early African American Novel (University of Georgia Press, 2021)

ASN: The Nadir and the Zenith contains a highly original and very timely theoretical design, thought-provoking arguments regarding the chosen texts, and impressive engagement with the complexities of the subject.  The panel agreed that  the closing of the historic gap, the conversation with Temperance writing, and the way the text carves out the nuances and subtleties (of resistance and affirmation) in these texts by African American authors deserves our praise. 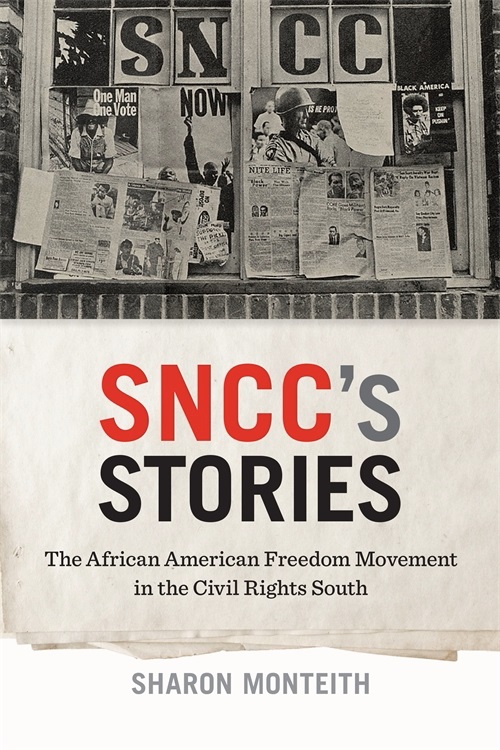 At the EAAS Conference in Madrid in 2021, the ASN will again award its biennial prize for a remarkable monograph published in English in the field of American Studies. The awardee will receive Euro 500. Please consider submitting suitable works!

The criteria are as follows: The monograph (not an edited volume) should have been published in calendar years 2020 or 2021; the author must be a European scholar who through membership of her/his national American Studies association is a member of the EAAS; three review copies of the book should be submitted before December 31, 2021 to:

Authors or publishers submitting works for consideration are asked to please inform Dr Emma Long of the submission or intention to submit by e-mailing Emma.Long@uea.ac.uk.

The ASN Book Prize 2020 has been awarded to:

Mark Newman. Desegregating Dixie: The Catholic Church in the South and Desegregation, 1945-1992. University Press of Mississippi, 2018.

ASN: Newman offers a comprehensive anatomy of the Roman Catholic Church’s mixed response to the process of racial inclusion in the American South. He demonstrates that that response ranged from outright resistance through apathy to adjustment. Desegregating Dixie has filled an important gap in the study of race and religion, questioning the belief that the Catholic Church provided great assistance in desegregation. It’s a clear-eyed, thorough, and spectacularly researched assessment of the Church’s role in the recent racial history of the South. 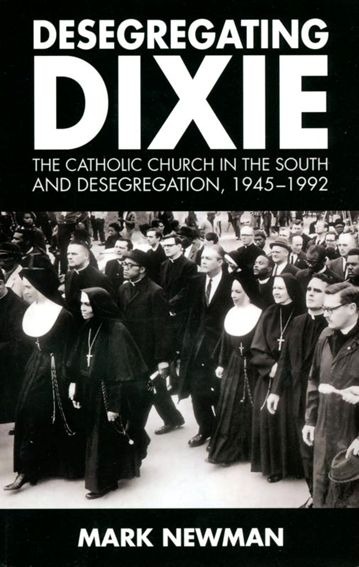 The 2018 ASN Book Award has been awarded to Live and Let Di(n)e: Food and Race in the Texts of the American South by Urszula Niewiadomska-Flis, the John Paul II Catholic University of Lublin, published by KUL Publishing House in 2017.

Food metonymically informs all aspects of human existence, it generates multiple cultural and social meanings. It has been acknowledged in American studies as a lens through which we can productively analyze how identities are performed and negotiated. Live and Let Di(n)e responds to this growing awareness through informative and disparate reflections on the interconnectedness of food, race, and class in the American South. The book expertly teases out the critical significance of food, both foodways and foodscape, in various texts of culture, demonstrating how it has served to enhance the meaning of the South.

The study offers a carefully argued analysis of the cultural representations of race relations and black identity in the post-emancipation Dixie. It explores racial interactions in a wide range of cultural artefacts to see how food production and consumption can signify the racial history of the South. The book offers eloquent readings of food-related motifs and settings in a wide array of Southern literature ranging from Walker Percy, Ellen Douglas, Flannery O’Connor, Ernest Gaines, to Anthony Grooms, and cinematography such as Fried Green Tomatoes and Soul Food. Considered separately, each chapter provides a lens into a historically and socially-situated identity negotiation between white and black Southerners. Read together, they function as a comprehensive and versatile guide to Southern food studies.

Live and Let Di(n)e leaves the readers with a sense of impressive sweep and control of the researched material. It is an evidence of the author’s deep theoretical knowledge, an excellent orientation in the problem of critical race studies through the prism of food studies, and her ability to exercise critical and analytical judgement of wide-ranging scholarship. On top of everything it is a highly readable book, written in a style that is accessible to academia and beyond. 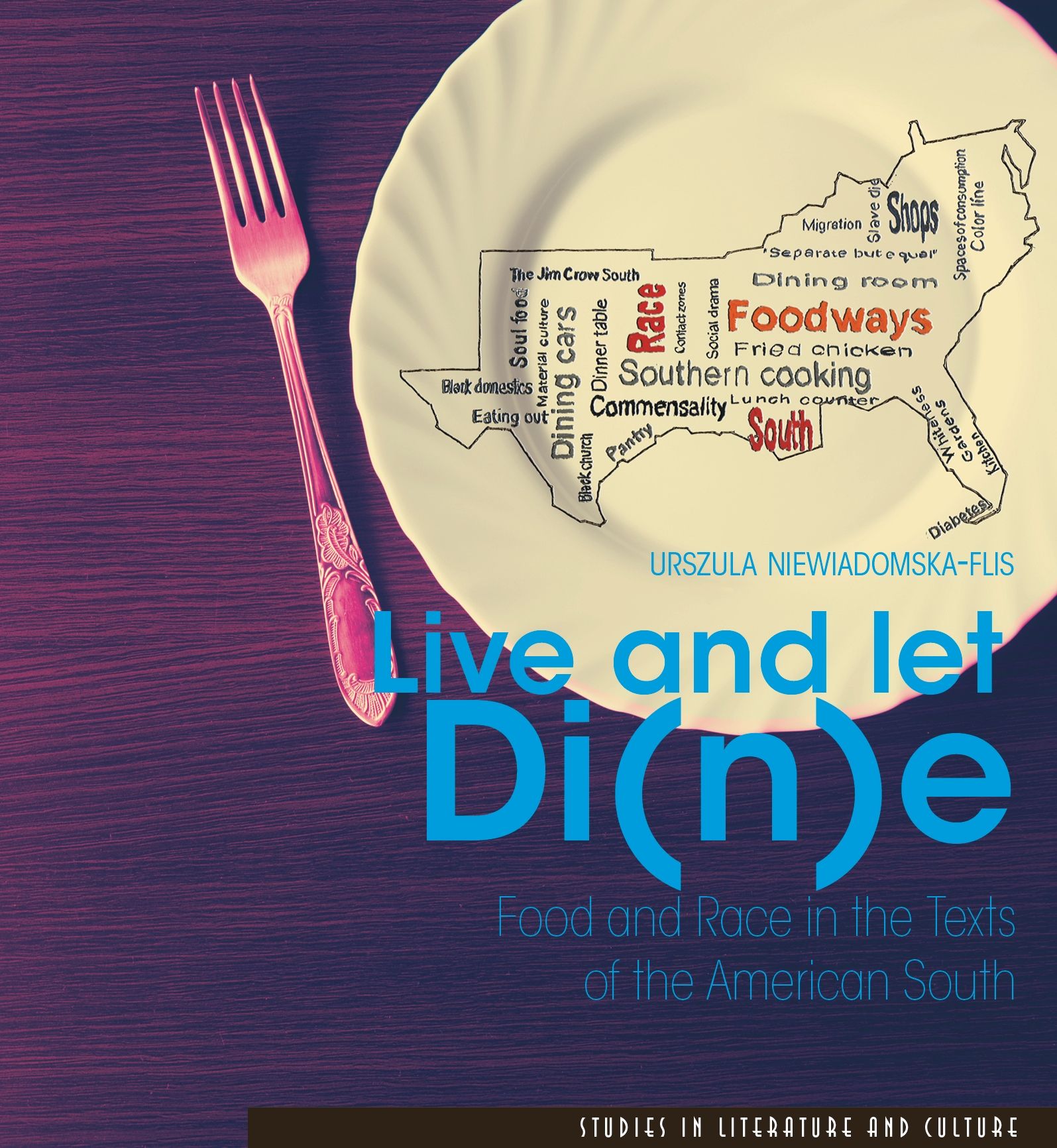 The United States Studies Center at the University of Sidney
http://ussc.edu.au/

and the American Studies Center at the University of Hong Kong (HKU)
http://www.amstudy.hku.hk/

The ASN has also formed an affiliation with its Chinese counterpart, the UCSET American Studies Network:
http://www.uscet.net/asn-partnerships