The American Literature EAAS Study Group on 19th-century literature was established in 2005 during the biennial EAAS conference in Cyprus. The annual meetings of the group offer an opportunity to develop a supportive and inspiring intellectual community, and a forum for the exchange of information and ideas leading to publications in the area.

The EAAS Study Group of 19th Century American Literature convened at the Centro Studi Americani in Rome on October 10, 11, and 12, 2019 for its 13th Seminar, in a Covid-free time still unaware of infections, distancing precautions, and winds of war.

Daniela Daniele organized the event, in collaboration with Martina Mastandrea and Daniele Pomilio. A grant from the Cultural Office of the American Embassy generously sustained by Maria Paola Pierini and by the founder of the Study Group, Ralph Poole (Univ. of Salzburg), secured the participation of Martha Saxton, from Amherst College.

A distinguished historian of American women and the author of a ground-breaking biography of Louisa May, Saxton chose and introduced the theme of the Seminar, “Louisa May Alcott and Love”: a topic explored through a number of seldom discussed narratives.

A city tour of the landmarks of Louisa May Alcott's journey in Rome in winter 1870-71 was organized, on October 12, 2019, by Daniele Pomilio (Univ. of Roma Tre), who provided a detailed literary, topographic and artistic reconstruction of the Roman studios of the American literary sculptors, mapped out by Andrea Mariani, also in collaboration with the Margutta expert, Giorgio Avallone.

The focus of the international workshop with attendees from Austria, Croatia, France, Germany, Israel, Lithuania, Romania, and Spain will be Susanna Rowson’s comic opera Slaves in Algiers; or, a Struggle for Freedom (1794). Its political background features the capture of American sea travelers by Barbary pirates. The text will be introduced by US-American specialist Marion Rust from the University of Kentucky at Lexington and the papers will then proceed from Rowson’s play to broaden the historical and cultural context and to situate the text within a corpus of related works by such dramatists as Mercy Otis Warren, Judith Sargent Murray, Mary Carr, and Sarah Pogson. All of these writers challenge traditional power relations of comedies by using polemical humor. The workshop therefore aims at revisiting largely forgotten female dramatists who as comic polemics found a way to participate in the political debates surrounding the American Revolution.

The eleventh convening of the Ninteenth-Century American Literature Study Group took place at the University of Eastern Finland (Joensuu, Finland) on 21-22 September 2017. The topic of the workshop was The Brownies' Book Magazine from the long nineteenth century (1920-21). The workshop on "Writing Race for Children" started with a keynote lecture on "The Enduring Relevance of The Brownies' Book" by Dr. Dianne Johnson-Feelings from the University of South Carolina. The presentations that followed touched upon topics ranging from gender ideologies, print capitalism, constructions of family and racial identity to queer readings of texts by Harlem Renaissance authors. The participants came from Austria, Finland, France, Germany, Italy, and the United States.

The ninth meeting of the European Study Group of Nineteenth Century American Literature was held at the University of Erfurt, Germany, September 3-4, 2015. The topic was “Science, Suspects, and Surveillance in American Detective Fiction by Metta Fuller Victor and Anna Katharine Green” -   A Workshop on The Dead Letter (1866) and The Leavenworth Case (1878)".

The ninth meeting of the European Study Group of Nineteenth Century American Literature was held at the University of Erfurt, Germany, September 3-4, 2015. The topic was “Science, Suspects, and Surveillance in American Detective Fiction by Metta Fuller Victor and Anna Katharine Green” -   A Workshop on The Dead Letter (1866) and The Leavenworth Case (1878)".

The seventh meeting of the European Study Group of Nineteenth Century American Literature was held in Bucharest on September 19-20, 2013. 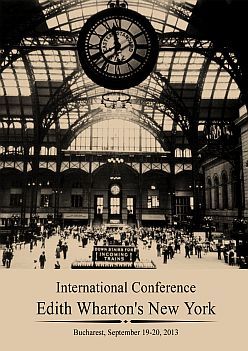 The topic was Edith Wharton's New York.
The conference venue was "Iorgu Iordan – Al. Rosetti" Institute of Linguistics. The Institute, which functions under the aegis of the Romanian Academy, was also one of the sponsors. The other sponsors were the Paris-based research group FAAAM (Femmes Auteures Anglaises et Américaines), the Romanian Peasant Museum, and the State Jewish Theatre in Bucharest.

The conference convened participants from the US, France, Italy, Austria, Germany, Bulgaria, and Romania.

You can download a complete report here (PDF doc, 836 Ko)

The EAAS Nineteenth-Century American Literature Study Group's sixth workshop was held in Florence (Italy) in October 2012. The African American Review has expressed an interest in publishing 3-5 of the workshop presentations in a special section of their journal, scheduled to appear in Fall 2014.

Information about previous activities appears below.

In October 2007 during a second meeting at  Adam Mickiewicz University, the group examined Charlotte Perkins Gilman’s The Yellow Wall-Paper as well as on her less known novels, Benigna Machiavelli and The Crux under the guidance of Prof. Cynthia Davis (Univ. North Carolina)

In 2008, Prof. Verena Lashinger and Prof. Ralph Poole organized the following seminar at Fatih University in Istanbul in 2008. Prof. Paula Bennett (Emerita Southern Illinois University at Carbondale) one of the leading voices on Emily Dickinson, moderated the meeting on "Humor in Poems and Parodies by Phoebe Cary." 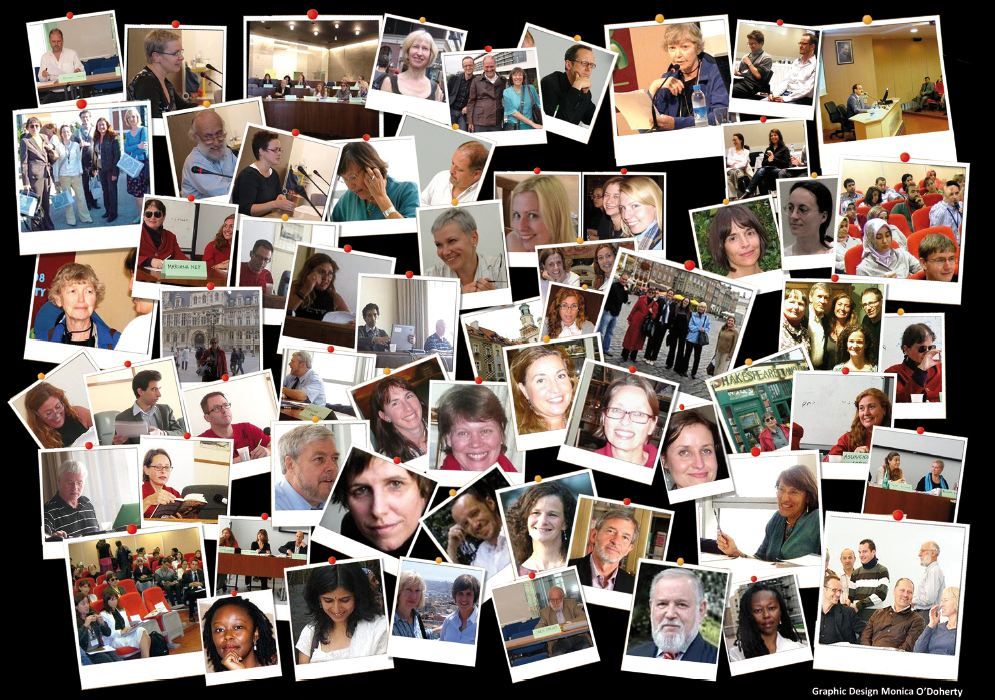 You can download the full-size version of this poster by Monica O'Doherty here (pdf doc, 7,7 Mo).

EAAS has generously supported the group activities with 6 bursaries of 200€ to help attendees. The group is very grateful for this support.

Publications of the group